Former Demas Lab graduate student Dr. Nikki Rendon’s manuscript on the role of melatonin in regulating steroid metabolism and aggressive behavior in female hamsters was recently published in the Journal of Neuroendocrinology! In this study, Nikki showed that females given a SD-like melatonin signal, either via timed melatonin injections or exposure to short-day photoperiods, reduced circulating dehydroepiandrosterone and testosterone levels, but increased circulating estradiol levels following an aggressive interaction. She also found that LD and SD females showed distinct relationships between aggression and neural aromatase abundance. Together, her findings suggest that melatonin increases non-breeding aggression by elevating circulating steroid metabolism after an aggressive encounter and by regulating behaviorally-relevant neural circuits in a region-specific manner.

A link for the manuscript can be found under the “Publications” page and can also be accessed here.

Both Kat and Beth received Core Pilot Grants from the Indiana Clinical and Translational Sciences Institute (CTSI)! These research grants are awarded semi-annually to promote the use of technologies and expertise afforded by the Indiana CTSI Core Facilities available at all partner institutions, including Indiana University. Congratulations, ladies!

Congratulations to our spring 2020 graduates: lab manager Jessica Deyoe, who earned her Master’s of Public Health, and undergraduate students Justuss Boice, Eamonn Duffy, Sarah Henderson, and Grace Murphy! All of us in the Demas lab are so proud of all you have accomplished, and we wish you the best of luck on your future endeavors!

Kat received a Louise Constable Hoover Fellowship from the Department of Biology! This fellowship is awarded annually to three senior graduate students in the Evolution, Ecology, and Behavior graduate program to support research expenses. Congratulations, Kat!

Kat and Beth received predoctoral fellowships from Indiana University’s Center for the Integrative Study of Animal Behavior (CISAB)! This fellowship is awarded annually to outstanding IU graduate students who exemplify an integrative approach to the study of animal behavior through their research, teaching and other professional activities. Way to go, ladies!

For more information about CISAB, visit their website here. 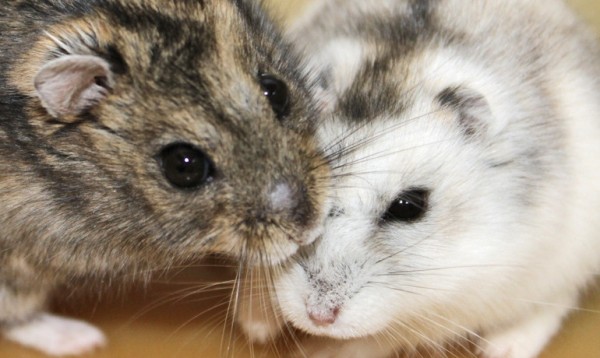 Clarissa’s manuscript on the effects of photoperiod on the gut microbiome and aggression was recently published in the Journal of Experimental Biology! In this study, Clarissa found that SD males and females exhibited distinct changes in the relative abundance of gut bacterial phyla and families, and that these changes were associated with aggressive behavior. Collectively, her findings suggest a role for the gut microbiome in modulating social behavior in seasonally breeding animals.

A link for the manuscript can be found under the “Publications” page and can also be accessed here.

Earlier this month, Kat and Beth gave oral presentations at SICB 2020, the annual meeting of the Society for Integrative and Comparative Biology, in Austin, Texas! Beth shared her recent findings on how maternal gut dysbiosis via antibiotic administration affects offspring behavior in Siberian hamsters. Kat was selected to compete for the Division of Comparative Endocrinology’s Aubrey Gorbman Award for Best Student Oral Presentation, where she discussed how melatonin modulates seasonal changes in neurosteroid levels and territorial aggression in male Siberian hamsters. Way to go, ladies!