This week, Kat and Greg attended the 2018 International Congress of Neuroendocrinology in Toronto, Canada! This meeting takes place once every four years and is sponsored by six neuroendocrine research societies from across the globe, including the Society for Behavioral Neuroendocrinology. On Sunday and Monday, Kat gave a poster presentation, in which she discussed the effects of photoperiod and melatonin administration on circulating and neural androgen levels in male Siberian hamsters. Way to go! 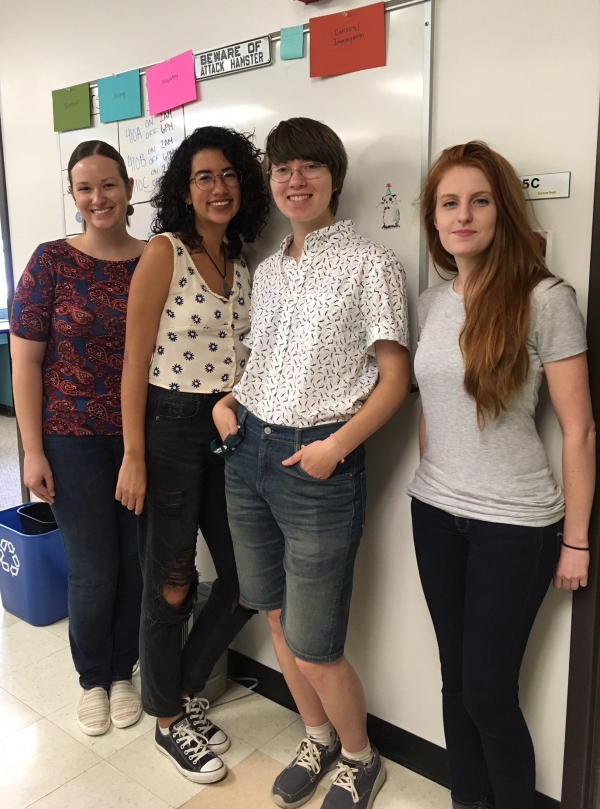 This summer, the Demas lab is hosting two students from the Center for the Integrative Study of Animal Behavior’s Research Experience for Undergraduates (REU) program: Desirée Nieves and Ayley Shortridge.  Desirée is a senior at the University of Puerto Rico at Mayagüez majoring in Animal Science, and she is interested in pursuing a career in animal conservation or veterinary medicine.  Ayley is a rising junior at Michigan State University majoring in Environmental Biology and Zoology, and she would like to attend graduate school and pursue a career in research after completing her undergraduate studies.  Welcome, Desirée and Ayley! 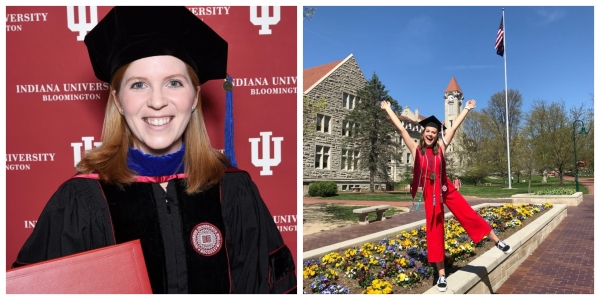 Congratulations to Dr. Kristyn Sylvia and undergraduate student Emma St. John, who graduated from Indiana University in May! All of us in the Demas Lab are so proud of your accomplishments, and we wish you the best of luck on your future endeavors!

Kristyn’s research is currently featured in a post on ScIU, a graduate student-run blog that discusses cutting-edge research and current events at Indiana University! This post, written by ScIU blogger and resident hamster guru Kat, discusses Kristyn’s findings from her project on the sex-specific effects of gut dysbiosis on the gut microbiome and behavior in Siberian hamsters.

Click here to read more about Kristyn’s research, which was recently published in the journal Brain, Behavior and Immunity!

Last week, Clarissa was awarded the Rex Grossman Scholarship from the Department of Biology! This scholarship is awarded annually to an outstanding premedical undergraduate student that will be graduating in the upcoming fall semester. Congratulations, Clarissa! 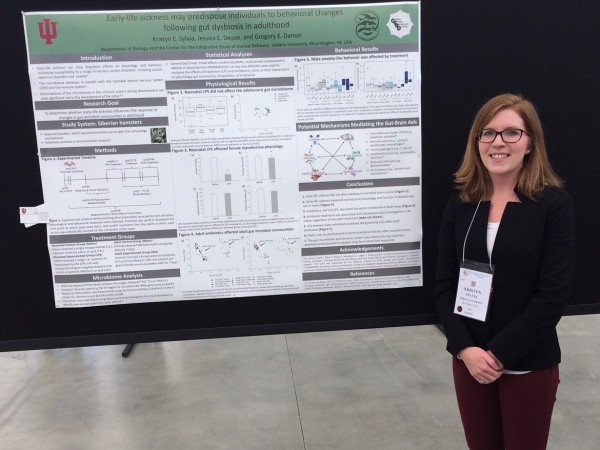 Kristyn received this year’s Hanna Kolodziejski Fellowship at ABC 2018! This fellowship is awarded annually to a CISAB graduate student who shows academic talent in research and teaching and demonstrates a commitment to the community through service or outreach programs. Congratulations, Kristyn! 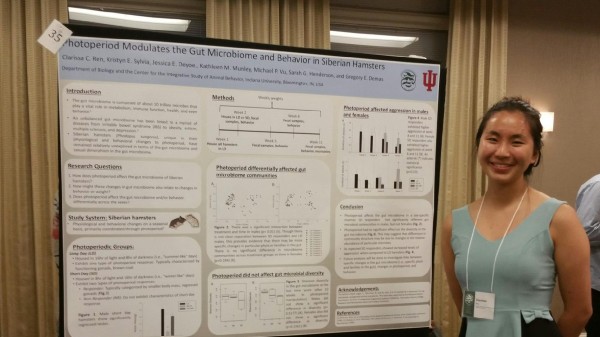 Last Saturday, Clarissa presented a poster at the 2018 Hutton Honors College Research Symposium! At the symposium, Clarissa discussed her research on seasonal differences in the gut microbiome and behavior in male and female Siberian hamsters. Congratulations, Clarissa!

This past weekend, Kristyn, Clarissa, Kat, and Jessica gave poster presentations at the 2018 Animal Behavior Conference, an annual meeting hosted by Indiana University’s own Center for the Integrative Study for Animal Behavior (CISAB). Way to go, ladies!